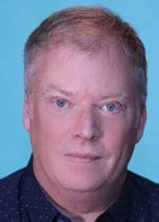 Scott Kramer is considered a pioneer in developing the integrated/multi-platform strategies for entertainment, media and consumer brands.

Prior to the launch of Multibrain, Scott served in senior roles at IMG Worldwide and Creative Artist Agency.  Scott was also responsible for creating and producing Force of Nature, one of the largest Tsunami Benefit Concerts in the world held in Kuala Lumpur, Malaysia, which raised over $8M for Tsunami victims.

Scott has received numerous awards, including the AAAA Advertising Excellence Award and the Creative City Award for Communications.