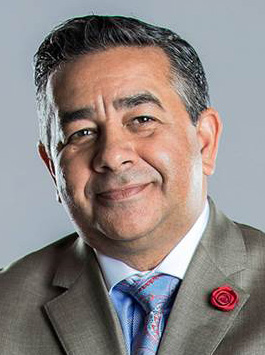 CEO and President, Alfredo (Al) Bala joined Mannatech in October 2007 as Senior Vice President, Global Sales before being named Executive Vice President, Sales in June 2011. He was then named President in 2014 to even better support Mannatech’s independent sales Associates. Al also serves as a board member for the Mission 5 MillionSM (M5M) Foundation, which works in conjunction with Mannatech to link five million consumers of Real Food Technology® supplementation with five million children in need.

Before joining Mannatech, Al served as Chief Operating Officer of Britt Worldwide, LLC from 1992 to 2006. Prior to that, he served as manufacturing plant manager for Bose Corporation from 1983 to 1992. In addition to more than 20 years of domestic and international experience in network marketing, Al’s proven record includes growing a major direct sales organization to $750 million, reaching more than one million people in 60 countries.